A Visit to the 14th Annual Noir City Film Festival

Tonight was the opening night of the 14th Annual Noir City Film Festival at the Egyptian Theatre in Hollywood. 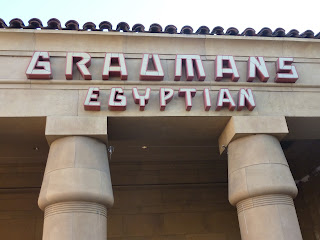 My husband and I arrived early and enjoyed dinner at the Hard Rock Cafe... 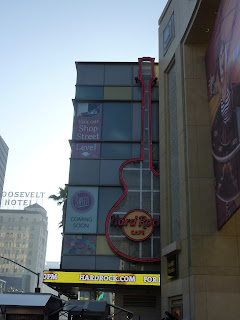 ...before heading to the Egyptian Theatre, where a large crowd was waiting well in advance of the doors opening. 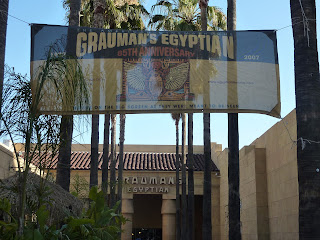 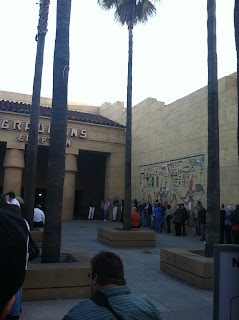 I had the pleasure of saying hello to Eddie Muller before the movies, and it was lovely that he remembered me from last year; in fact, he mentioned being aware that I hadn't been able to get in to a sold-out screening the other night at the TCM Classic Film Festival. Given how much I admire Eddie and appreciate all the work he does preserving film noir and putting on the Noir City Festivals, it's an honor to know he reads my blog. 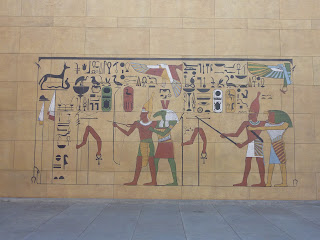 I also had the pleasure of meeting Kim of the blog GlamAmor; those of you who saw Kim's interview with Robert Osborne last week know what a lovely lady she is. Here are some of Kim's excellent photos from the just-concluded TCM Classic Film Festival.

The Egyptian Theatre was completely sold out for opening night. It tickled Eddie Muller that while GUN CRAZY had a big crowd at the TCM Festival, it was Noir City that sold out every single seat in the house! 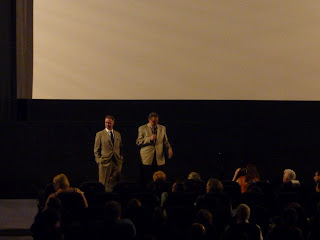 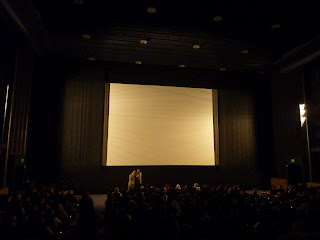 Alan Ladd's daughter, Alana Ladd Jackson, watched the films just a couple rows over from me, accompanied by her husband, former Los Angeles talk radio host Michael Jackson. Macdonald Carey's son Steve was present, and Paul Maibaum, a cinematographer who is the son of the film's producer-writer Robert Maibaum, read some of his father's thoughts on THE GREAT GATSBY from an interview a number of years ago.

Below, the page on THE GREAT GATSBY from this year's San Francisco Noir City program, purchased for $5.00 tonight: 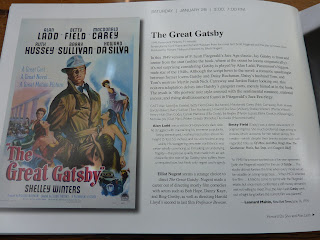 Tonight's films were the first two of seven I hope to see by the end of the weekend. As I share my thoughts on each film, I'll also link to them at the bottom of this post. Coming tomorrow: Sterling Hayden Night!

Note: Posts may go up more slowly than usual over the next couple of days, due not only to seeing so many films but the fact that Blogger changed the format for composing posts tonight.  Writing this has thus been a much slower process than usual, as I learn where everything's moved and how to manage the new "look" for writing posts. I'm having some difficulty with spacing around photos and paragraphs disappearing, among other things.  It's frustrating when something that wasn't "broken" changes "just because," but such is life.  Hopefully I'll have it all figured out before too many days have passed.