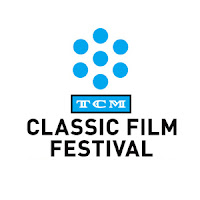 Turner Classic Movies issued a press release today confirming what was announced at the end of the 2012 TCM Classic Film Festival: the TCM Festival will return to Hollywood for the fourth time in the spring of 2013.

Robert Osborne announced Sunday evening that TCM now considers the festival to be a permanent event, which will be celebrated in Hollywood every year.

TCM also announced its second Classic Cruise, which will take place in January 2013.

I enjoyed my brief visits to this year's festival, and I hope that in 2013 I'll be able to spend even more time enjoying the festival and sharing information about it here.

TCM has a good thing going with the festival, and it's wonderful to hear that it's anticipated to continue far into the future.
Email ThisBlogThis!Share to TwitterShare to FacebookShare to Pinterest
Newer Post Older Post Home