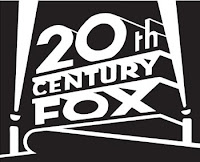 As I wrote last month, the future does not seem to bode well for classic films on Fox Movie Channel.

There has been a significant dropoff in older movies on the schedule; for instance, the oldest movie shown on April 4th is from 1970! Some days the only "old" film is from the 1960s, and other days there is just one pre-1960 film.

There are still a few films worth noting on Fox's April schedule, but it's a dwindling list. 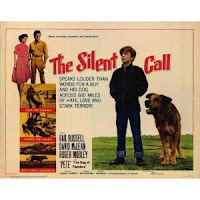 ...On Thursday, April 5th, THE SILENT CALL (1961) will be shown. This was the last film released starring Gail Russell.

...April 7th THUNDERHEAD - SON OF FLICKA (1945) is airing. This sequel to MY FRIEND FLICKA (1943) stars the cast from the original film: Roddy McDowall, Preston Foster, and Rita Johnson.

...June Haver and William Lundigan star in LOVE NEST (1951) on April 9th. Look for Marilyn Monroe in the supporting cast. It's immediately followed by PINKY (1949), for which Jeanne Crain received her only Best Actress nomination. 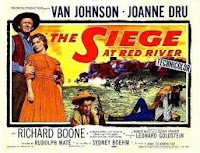 ...If it's April, it's time for baseball! Lloyd Nolan and Carole Landis star in IT HAPPENED IN FLATBUSH (1942), a film about an unnamed "Brooklyn team," on April 13th.

...On both April 18th and 19th, Richard Widmark, Joanne Dru, and Audrey Totter can be seen in MY PAL GUS (1952). I've never seen this film and look forward to catching up with it.

...Cary Grant and Deborah Kerr star in the classic romance AN AFFAIR TO REMEMBER (1957) on Saturday, April 21st.

There are a few other films from the classic film era scattered around the schedule; most have been highlighted here in recent months so aren't mentioned this time around. Be sure to check the complete schedule.
Email ThisBlogThis!Share to TwitterShare to FacebookShare to Pinterest
Newer Post Older Post Home