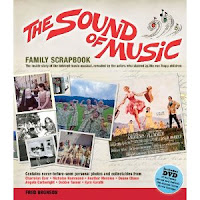 Miscellaneous bits of news and fun stuff from around the Internet...

...I didn't realize that the excellent Claudette Colbert film TOMORROW IS FOREVER (1944) came out on DVD-R from MGM last summer.

...Here's a tribute to the Greatest Sports Announcer Ever.

...Happy news announced at Dear Old Hollywood: Robby and his wife are now the proud parents of a little girl! And while you're visiting his site, be sure to check out his post on Warner Bros. studio locations used in the film THE HARD WAY (1943).

...Leonard Maltin shares info on the UPA Jolly Frolics Collection, which has been reviewed by Glenn Erickson.

...Reviews, Round 2! Here's Java's Journey on LURED (1947), a most enjoyable mystery starring George Sanders and Lucille Ball...Cliff on Fredric March in THE ADVENTURES OF MARK TWAIN (1944) at Immortal Ephemera...at Sidewalk Crossings Deb shares her thoughts on Wayne and Granger in NORTH TO ALASKA (1960) and includes her own photo from a movie location...Judy has a great post on Fred MacMurray and Ray Milland in MEN WITH WINGS (1938) at Movie Classics...and here's Jacqueline on Milland and Jane Wyman in LET'S DO IT AGAIN (1953), an amusing remake of THE AWFUL TRUTH (1937), at Another Old Movie Blog.

...Last week I linked to an enthusiastic review for the '60s TV series MY LIVING DOLL, starring Julie Newmar and Robert Cummings. There's another big thumbs up for the show by Vinnie at The 40-Year-Old Fanboy. 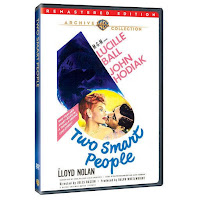 ...TWO SMART PEOPLE (1946) with Lucille Ball and John Hodiak has been on my wish list, so I'm quite excited to see that it's newly released by the Warner Archive. Another fun new release: Van Heflin in GRAND CENTRAL MURDER (1942), which I reviewed in 2007.

...Here's a fun story on a ROCKFORD FILES truck which was sent to me by Toby at 50 Westerns From the 50s. I Tweeted a link to James Garner's daughter, Gigi...she said it brought back memories and that she occasionally would drive a ROCKFORD Firebird to school! Nice.

...The announcement of plans to demolish the historic buildings at the studio currently known as The Lot stirred up controversy last week. In its past incarnations the studio has been known, among other names, as the Pickford-Fairbanks Studio and the Samuel Goldwyn Studio. 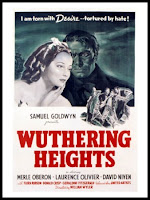 ...Speaking of Goldwyn, the L.A. Times has the interesting info that Warner Bros. will be releasing films from the Samuel Goldwyn library on DVD. Among the films due out by year's end is WUTHERING HEIGHTS (1939), starring Laurence Olivier and Merle Oberon, which to my knowledge has not had a previous release on Region 1 DVD.

...Attention Southern Californians: If you've been missing Russell's Hamburgers, try out Cafe del Sol on Katella Avenue in Los Alamitos. The owner used to be the kitchen manager at the Seal Beach Russell's, and last night I enjoyed a "Russell's" style burger and hash browns for the first time since I visited a surviving Russell's on a trip to Pasadena a few years ago.