Miscellaneous bits of news and fun stuff from around the Internet...slightly delayed due to a weekend of movie bliss at the Noir City Film Festival!

...A couple of years ago there was an ill-advised pilot for a ROCKFORD FILES remake which fortunately never made it on the air. Now there's even worse news: a proposed movie with Vince Vaughn as Jim Rockford. Vince Vaughn? Ugh. Please, make it stop...!

...The Sheila Variations has a detailed analysis of one of my favorite movies, THE MORE THE MERRIER (1943). I certainly agree that the scene with Joel McCrea and Jean Arthur on the front steps is one of the hottest in all American film. As Sheila writes, "There is so much to say about how elegantly it is done, and how beautifully it is played, but there is still something about it that shocks, even in today’s world..." Which just goes to show you don't have to show anything in order to show everything. Or something like that. 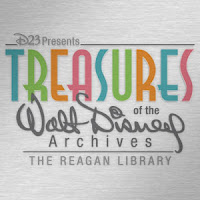 ...Beginning on July 6, 2012, the Ronald Reagan Presidential Library will host the exhibit D23 Presents Treasures From the Walt Disney Archives. Reagan and Disney were friends, and Reagan was one of the hosts of the live coverage of Disneyland's opening day on July 17, 1955.

...The Los Angeles Times posted a short but sweet interview with Julie Andrews a few days ago.

...Here's a nice tribute to the World's Greatest Sportscaster of All Time. I'll assume I don't need to actually identify said sportcaster by name.

...Jennifer Garlen, writing for Examiner.com, likes the movie too. I share her appreciation for Lenore Lonergan as the sharpshooting Maggie, a great character.

...Cliff's got a review up at Immortal Ephemera of THE DOORWAY TO HELL (1930), starring James Cagney and Lew Ayres. I'm unfamiliar with this film, a Warner Archive release... I also recently enjoyed Cliff's well-researched post on Jean Harlow's stand-in, Mary Dees. 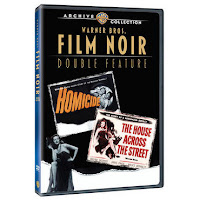 ...After reading Glenn Erickson's review of the Warner Archive "film noir double feature" disc with HOMICIDE (1949) and THE HOUSE ACROSS THE STREET (1949), it went on my wish list. I really like when the Archive gives "value added" with "twofer" discs or extras.

...The Self-Styled Siren recently reviewed BLANCHE FURY (1948), starring Stewart Granger and Valerie Hobson. Deb wrote a post on the same film at Sidewalk Crossings earlier this year. Another movie I need to catch up with!

...TCM now has a Hollywood Tour app. When I have time I'll be looking into it further.

...The BBC has cancelled the UPSTAIRS, DOWNSTAIRS sequel series after two seasons. To date only Season 1 has been shown in the U.S. 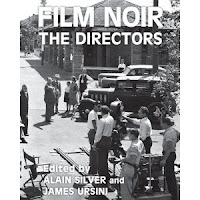 ...Attention Southern Californians: This Saturday night at 5:00 p.m., film noir experts Alain Silver and James Ursini will be signing their new book, FILM NOIR: THE DIRECTORS, at Larry Edmunds Bookshop.  Then walk down the street to the Egyptian Theatre, where Julie Adams will be appearing at SLAUGHTER ON TENTH AVENUE (1956) as part of the Noir City Film Festival.

...Notable Passing: Dora Saint, who wrote under the pen name Miss Read, has passed away at the age of 98.

Have a great week!
Email ThisBlogThis!Share to TwitterShare to FacebookShare to Pinterest

...Ginger went to the Great Beyond...

It's a very somber day for all Gingerologists - honestly, it's best to just reflect on her incredible life, and celebrate her greatness... so maybe spin a few Ginger movies today and remember all the Gingery goodness that she gave us to brighten up our lives, as well as those of future generations... it's so awesome that technology will 'preserve' most of her work for those future Gingerologists.

And to just present something a bit 'different' on this day that some of you may have not seen...here's a 'cartoon' editorial from Mike Peters, the dude who does 'Mother Goose and Grimm'...he is also an 'editorial cartoonist', and he did this one after Ginger's death...at first, you think..."er, a cartoon about the passing of someone?" ...but, after looking at it a bit... 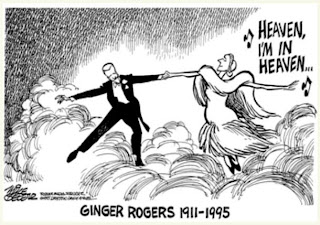 ...I believe he captured it PERFECT...cause, face it, isn't that how we ALL envision what's happening up there with Ginger and Fred? I always think of the final credits of 'The Castles', where they are dancing into the sunset, as it were... I love how she is 'floating'...which is truly how they danced on this terrestrial orb... and even the perfect song reference...it's kinda hard to argue with the fact that 'Cheek To Cheek' will FOREVER be their theme song (...sometimes I try to make it 'They Can't Take That Away From Me', but...I think that's an alternate, at best). I couldn't have come up with a more fitting eulogy for Ginger - great work, Mr. Peters.

Thanks to all the Gingerologists out there who are keeping her memory and legacy alive for future generations... That's my mission with this blog, and hopefully it will continue to be a 'source' for all things Ginger Rogers - but Y'ALL are really what makes this thing possible and work so well - great work.

As always, and ESPECIALLY today...